Should I Upgrade My Computer or Buy a New One? 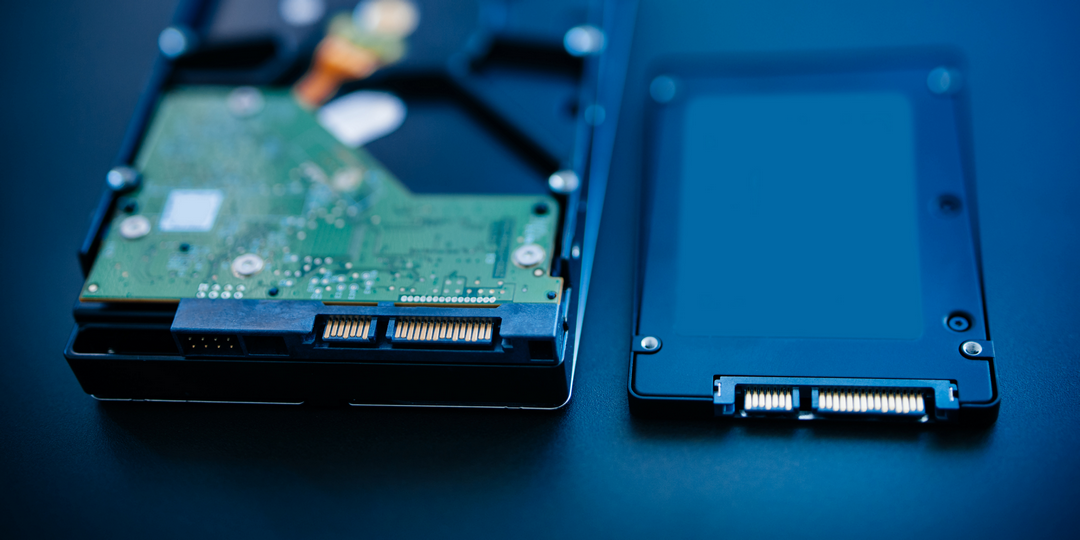 Do you have an older computer (about five years old) running much slower than it used to run? Perhaps you are considering purchasing a new computer to get better performance. First, consider upgrading before you buy a new one. Sometimes you don’t need a new computer but just to improve performance on the computer you have.

Several years ago, I suggested upgrading some of a company’s computer systems instead of purchasing new ones. They had a policy of replacing their computer systems every four or five years. They didn’t have special requirements such as using video creation software, etc. Their computers were still viable but needed some updates to increase performance.

Now, if your software requirements change such that upgrading your system is not enough, then purchasing a new one might be the best bet. A major requirement change might be running the latest Windows operating system, which is undoubtedly the case for Windows 11 in many cases (more on that later). You may need to create and edit video and audio files or another high-resource program. In those cases, purchasing a computer with better performance would be the easiest path to take.

A brand-new system will work very well. You will find that it is faster than the older system it replaced. For example, you may immediately experience programs and files loading faster than before. You will notice that the computer boots up much quicker than the previous system.

However, as time passes, you may notice that your system becomes increasingly slower. It seems that programs and files take longer to load than they used to. Soon the system becomes much slower than it used to be, and, in some cases, it may affect your productivity. Files take a long time to download, the system takes “forever” to boot, and more. You think that the solution is the same as before, i.e., purchase a new system.

Purchasing a new system will most likely resolve the performance issue (if you buy the proper system). However, another option is to increase the performance of your current system by upgrading one or more of the components.

The major components of the computer that you might upgrade are the following.

In many cases, you can increase the performance of your computer by increasing system memory (RAM) and upgrading to a Solid-State Drive (SSD) if your system has a mechanical hard drive. Just upgrading to an SSD will boost the system performance significantly. An SSD uses flash memory for storage instead of spinning platters used by mechanical hard drives. Therefore, SSDs perform faster and are more reliable because there are no moving parts.

Let me give you an illustration. If your system is running Windows 10 with 4GB of memory, then I am pretty sure you are frustrated because that is not enough memory for an acceptably responsive system. Your system should have a minimum of 8GB (preferably 12GB) of RAM.

If you regularly have many files open simultaneously, you might consider getting even more RAM, e.g., 12GB-16GB. That will give your system room for all those files and corresponding programs to reside in memory.

Another option to replace an HDD running out of free space is to create a hybrid system. A hybrid system contains an SSD for the operating system (Windows) and an HDD for your data. It will enable your programs, including the operating system (Windows), to load quickly. I recommend using a 7200 RPM mechanical hard disk with a SATA3 interface or better for mechanical drives.

There used to be a tool that you could use to check your system for compatibility with Windows 11. However, Microsoft changed access to that tool for Windows Insiders only. There are alternatives to the tool. However, Windows will notify you if your system can run Windows 11 via the Windows update system.

Go to Start->settings->Windows Update. If your system can run Windows 11, you’ll see a message similar to the one below.

If not, then you’ll see something like the following. 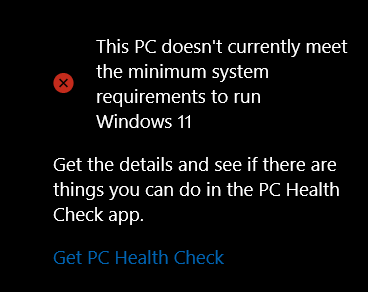 I recommend that you do not update to Windows 11 at this time.

Consider upgrading your system before purchasing a new one. You may save a significant amount of money and extend the life of your current system. Adding system RAM and upgrading to an SSD are simple ways to increase the performance of your system.

Wait a while before upgrading to Windows 11. Like past Windows new operating systems, there will be issues and bugs. Upgrading now may disrupt your productivity significantly. There is also a learning curve for Windows 11. So wait until next year to upgrade to Windows 11, even if you get a new system.

for assistance upgrading your system or purchasing a new one.